Taste of Belize 2016 was held over the past weekend (July 9th and 10th) in Orange Walk Town and Rain Rooftop Restaurant was well represented, taking home third place in the Master’s Chef Competition. 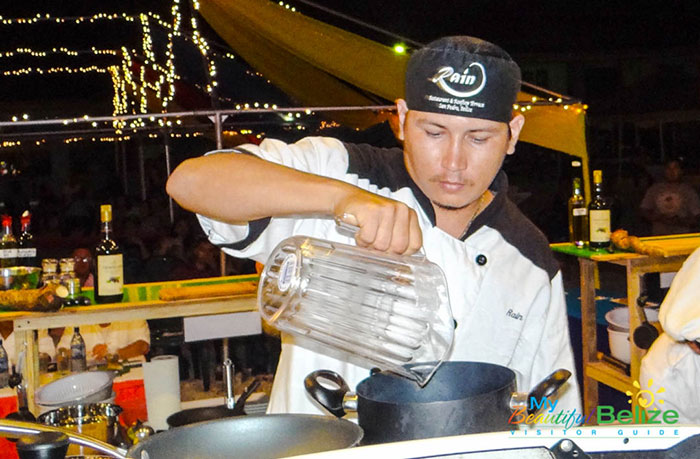 27-year-old, Chef Samuel Gonzalez was the representative for Rain in the competition and we were super excited to sit with him and chat about his first time experience competing in such a high profile culinary competition in Belize.

Samii, as he is known by those around him, started cooking less than four years ago. He started off as a dish washer at what was then Wet Willy’s Smoke House Restaurant. Shortly after, he jumped at the opportunity to cook when they were short staffed. This was the beginning of his Chef story.

In November of 2014 Samii started working at Rain as a Kitchen Assistant. After 4 short months at Rain, Samii became sous chef, then quickly worked his way to becoming a head chef in training.

Samii spoke about his experience: “As the competition began they started reading out the bios of all the different chefs competing. They all had over 7 years’ experience and some of them even owned their own restaurants. I was really nervous.”

Samii explained that the competitors had no idea what to expect. There were three sections, and for each they were given a basket with mystery items from which they had to incorporate three items in their dish preparation.

The chefs were judged on the taste of the food, presentation and over all professionalism of competitors.

The Master Chefs competition consisted of the preparation of three courses: appetizer, entrée and dessert.

With the nine competing chefs at their posts the competition began.

Using ground coffee, green plantains, chicken breast and half ripen apple-mangos, the chefs had to create an appetizer. 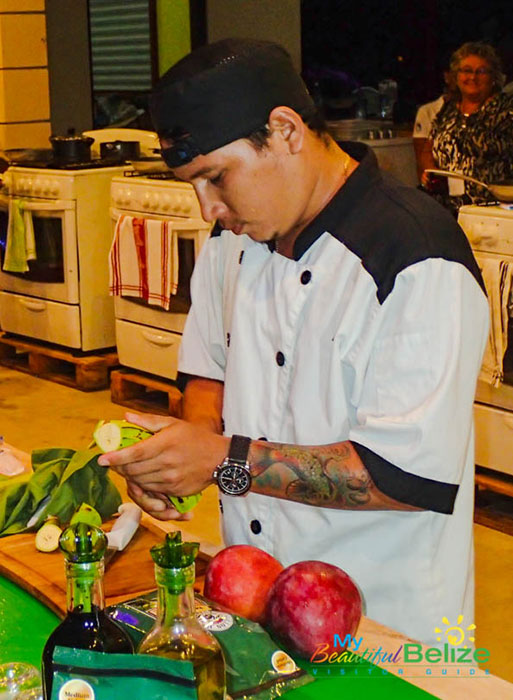 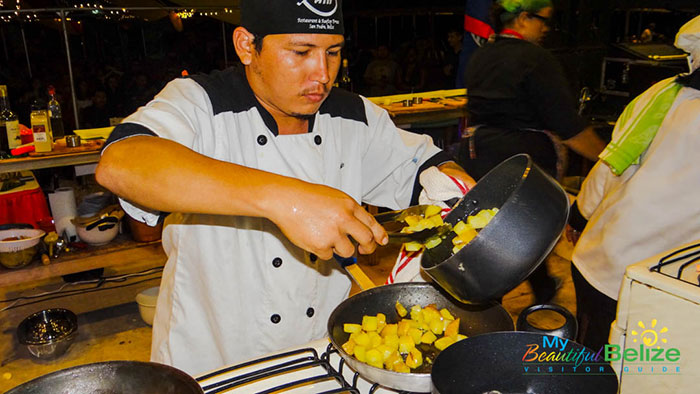 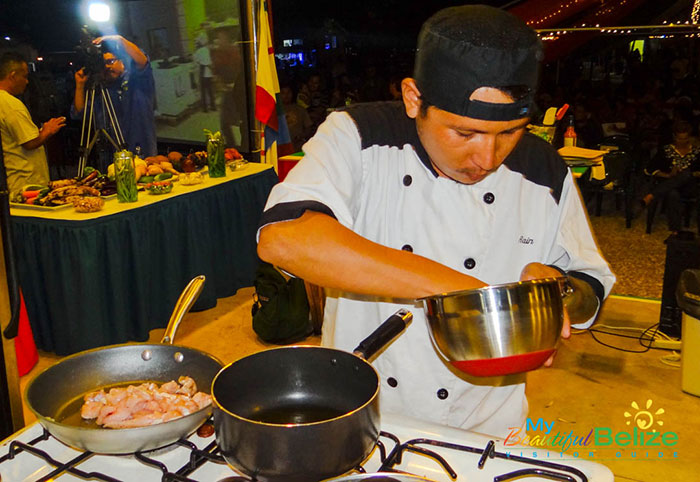 With some quick thinking, Samii went on to create a tasty chicken curry, with a side of sautéed onion, sweet pepper and mangos, and crisp fried plantain chips. It was a hit, and won him a spot in round two. 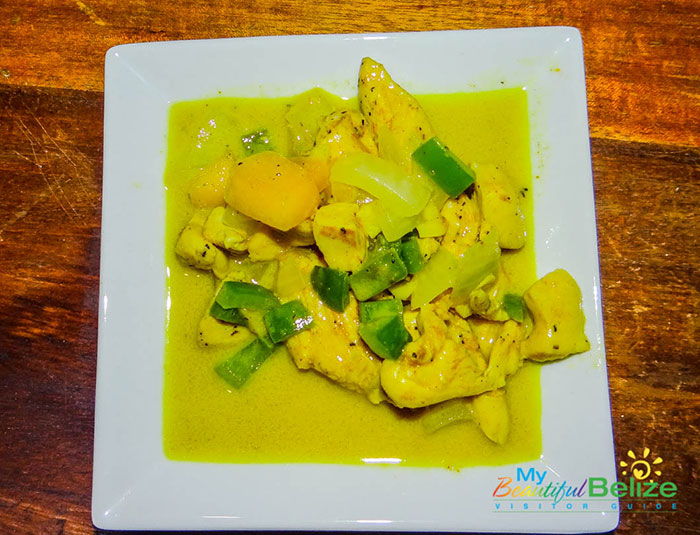 After this round, five chefs were cut, and four moved on to the entrée round.

For this round, the mystery ingredients were skirt steak, cassava root, Travelers blackberry wine and papaya. 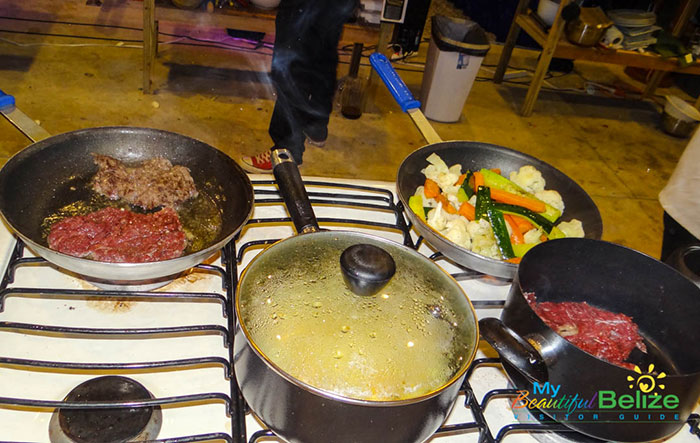 In this round, Samii decided to keep the steak simple, adding a little salt, pepper and garlic. Tenderizing the steak was the fun part. Sammy didn’t have a meat hammer, so his blackberry wine bottle became multi-purposed. He used the bottle to pound the steak for a full seven minutes. Reducing the blackberry wine, he prepared a savory beef broth, slow simmered while at the same time mincing onions and cubed papaya, which was then sautéed to a state of caramelization to put in the sauce, with the wine, resulting in a sweet savory tarty sauce.

The Judges commended Samii on the tenderness of his steak. The final product was a plastic dish seared skirt steak, with a side of parsley garlic potatoes, and rustic roasted veggies. 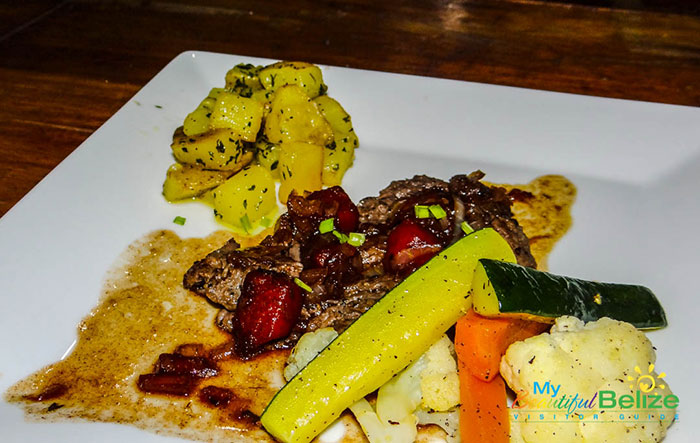 Following this round, Samii and Maresha of Pirate’s Treasure were among the top three that remained. 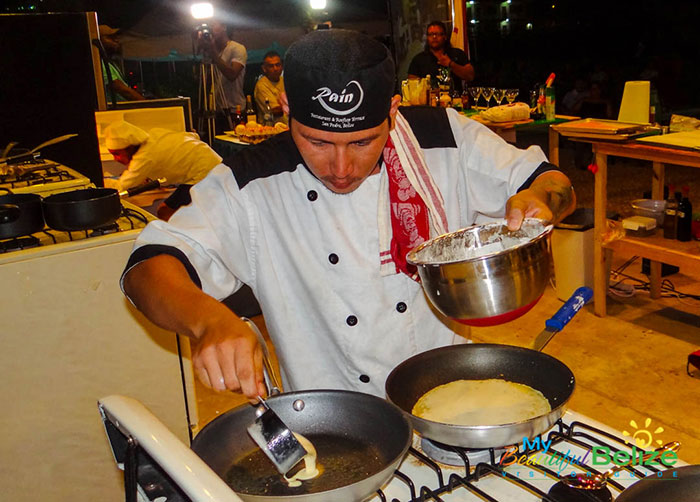 At the end of the competition, Eva Longsworth of Corozal took first place, Maresha Reid of Pirate’s Treasure took second, and our very own Samii of RAIN, rounded off the top three Master Chefs of Taste of Belize 2016. 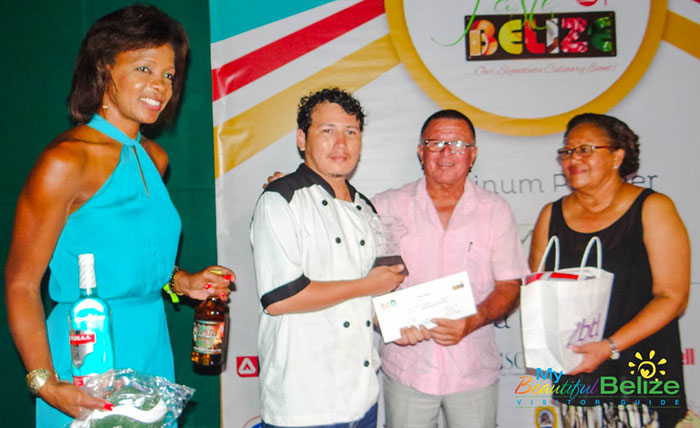 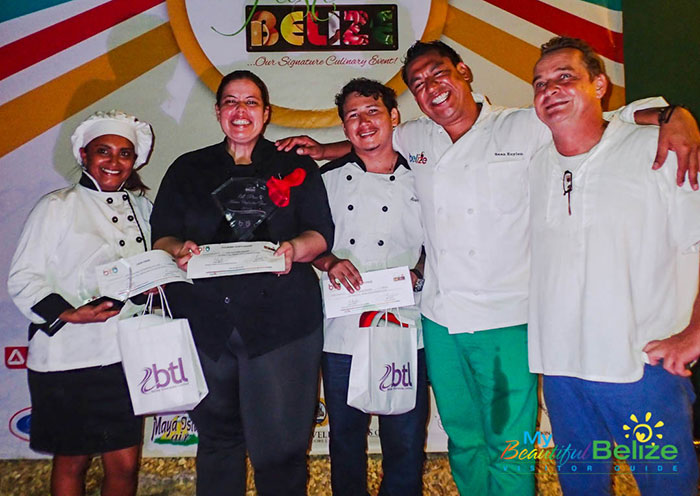 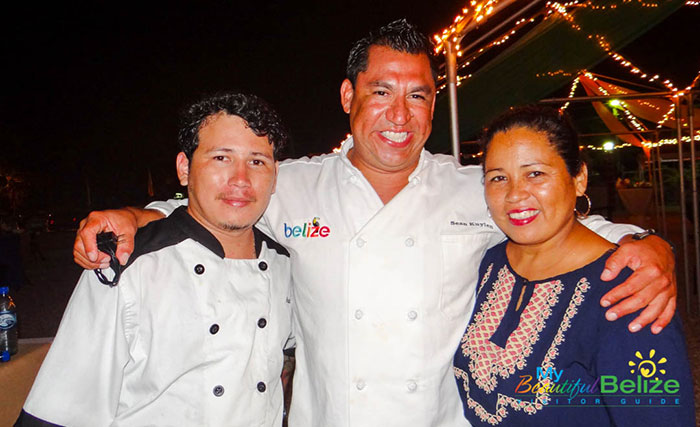 With such a stellar performance, considering his mere 3 plus years cooking professionally, Samii was readily invited to compete in next year’s competition. Overall, Samii is very pleased with his performance and is very excited to be part of the competition come next year.

We here at Grand Caribe Belize, are very proud of Samii and his representation of RAIN Rooftop Restaurant in this year’s Taste of Belize.

We would also like to thank The San Pedro Sun and My Beautiful Belize for providing the photos for this blog.

If you would like to sample Samii’s award winning dishes, make your reservation at our affiliate on site restaurant, RAIN Rooftop Terrace.